The country of Morocco has a tropical, wet climate, which should not be a surprise, bearing in mind that it situated at the northernmost tip of the country and just 9 miles away from Spain (Europe). The country’s weather in many areas apart from the arid desert in eastern Morocco in the Mediterranean. The temperatures and precipitation levels fluctuate depending on the field and altitude. Morocco follows the same seasonal configuration as any other northern hemisphere country. Winter starts from November to January and sees the coldest, wettest weather of the year, while summer starts from June to August and is often hot. The seasons of spring and fall offer the most beautiful weather and are generally the loveliest times to travel.

Understandably, Morocco weather becomes fairly moderate, veering towards the Mediterranean type, the closer one gets to the coastline, a condition most evident not only on the northern coast of the country but also around the Rif mountain region of the interior and the Atlantic coastline. Here the summers are very hot although the full effect of the scorching is never felt, thanks to cool breezes coming from the water bodies, providing some much-needed cooling effects. Snow is a non-entity in both the Mediterranean and Atlantic coastlines.

However, since the Atlantic coastline and the Rif mountain range are exposed to the influence of the ocean, winters in the area are rather short but ‘armed’ with heavy rainfalls. In comparison to the northern coast, summer temperatures in the area are considerably lower, although a by-product of the influence of cold offshore water summers is also marked by clouds and occasionally fog.

Standing at an incredible 4,163 m above sea level, the Atlas mountain range dominates the landscape of the inland area. Temperatures remain close to the freezing point throughout the year, and the mountain peaks remain covered in a white blanket deep into the summer season, thanks to the heavy snowfall the area experiences.

As we come down from the mountains the summers become increasingly hotter, with both winter and spring embellished with an array of chilly days thanks to the cold winds blowing off the mountains. At medium altitudes, Morocco weather takes a turn for the better. Although the summers are still hot, humidity drops considerably and the winters are mild and rather sunny, although the nice weather is frequently intercepted by long spells of unfavorable weather.

Again, the weather does an about-face as we take the opposite direction and head for the East Atlas mountains. Sheltered by the mountainous system, the weather turns dry and extremely warm during the long-lasting summer season, finally becoming hot on the valleys and the lowlands facing the Sahara.

Deep in the Sahara region, summers are distinguished by the prevailing scorching heat and winters veering towards the other extreme, becoming very cold to the point of being chilly. Although rain does make the odd appearance, it comes in so small proportions, that it is rendered almost non-existent. But as the desert reaches the ocean summer weather becomes more tolerable as it’s moderated by the cool ocean waters and daytime sea breezes.

Rain is more likely to fall on Morocco during the months of October-November and April-May, with the northwestern part of the country enjoying the lion’s share of the downpours.

Atlas Mountain’s weather is quite unpredictable and relies heavily on the elevation of the area you plan on visiting. In the High Atlas region, the summers are sunny but with temperatures at 77 degrees Fahrenheit (25 degrees Celsius) during the daytime. Much similar to the city of Fez, the rest of the Middle Atlas region is featured by copious rainfall in winter and warm, sunny summers. In winter, the temperatures sometimes go below freezing, falling as low as -4 degrees Fahrenheit (-20 degrees Celsius). Snowfall is average in this region, making winter the best time to travel if you want to go skiing.

The Sahara Desert is definitively burning in the summer, with daytime temperatures about 115 degrees Fahrenheit (45 degrees Celsius). When night falls, temperatures also drop, and during winter can be freezing. If you want to book a desert tour, it is best done during the spring and fall months when the weather is neither too hot nor too cold. You also need to note that March and April often coincide with the Sirocco wind, which causes dusty, dry conditions, poor visibility, and sudden sandstorms.

Spring is mainly a popular period to visit Morocco with the enjoyable temperatures and bright green landscapes you’ll find all across the country this time of year. Even though both May and April are considered rainy months, there is a high chance that you’ll see too many rainy days, whether you’re visiting Fez or the Atlas Mountains. However, if you plan on taking a trip to the Sahara Desert, sandstorms during the spring can be quite powerful due to the Sirocco wind that blows through the area at that time. Remember to take along a lightweight umbrella to protect you from the occasional storm, but otherwise, you’ll need a variety of pants, long-sleeved shirts, and perhaps a light jacket or sweater to enjoy the cold climate this time of year.

The summer months in Morocco are scorching but can be slightly more relaxed along the coast, so you might want to go there to get a break from the heat. Furthermore, many inner regions can be colder in the mornings and evenings, so if you intend to travel to the Atlas Mountains or Marrakesh, get prepared for both hot days and cold nights. During summertime, there is little rainfall during this season, making it an excellent time for planning a trip to the beach or an afternoon hike. Things to take along: Bear in mind that Morocco has a conservative dress-code regardless of what season you might want to visit. Females wear tops that cover their elbows, long and their hair is often included. Don’t wear clingy tops or spaghetti straps, irrespective of the season. Men dress in Western-style clothing but don’t habitually wear shorts. Go along with a cardigan as nights and early mornings can be chilly.

This season is mild and dry, with average temperatures around 70 degrees Fahrenheit (21 degrees Celsius), which makes it a great time to visit destinations across the country. With enough daytime, warm temperatures, and fewer crowds, fall is an ideal time for outdoor activities and touring adventures. The frequency of rainy days begins to rise in late October and throughout the month of November. Things to take along: Long pants, long-sleeved shirts, and a light jacket are recommended as well as any climbing gear you’ll need for visiting the Atlas Mountains or swimming gear you’ll need for laying out by the sea.

Morocco’s rainy season starts in November through to March, and parts of the country even get cold enough for snow to fall on the highest peaks. However, while this season is wet for Morocco, there is just an average of 2 inches of rain per month. Christmas is usually a busy time to visit with hotels and other attractions getting booked fast, and the pleasant temperatures above 50 degrees Fahrenheit (10 degrees Celsius) attracts many visitors looking to escape the winter chill elsewhere. Things to take along: Unless you’re visiting the snowcapped regions of the Atlas Mountains, you don’t need a winter coat, you can pack a variety of sweaters, long-sleeved shirts, and overcoats to prepare you for the warmer days and colder nights. You might also want to pack a raincoat with waterproof shoes, especially if you plan to spend some amount of time outdoors.
As mentioned earlier, because of the many variations of Morocco weather, the country remains an attraction for overseas visitors throughout the year. Yet, the best time to visit Morocco is definitely during the early stages of the summer months when the weather in Morocco is at its most pleasant. 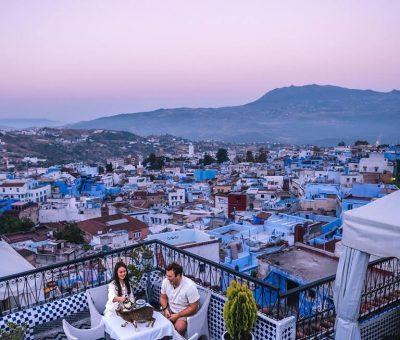 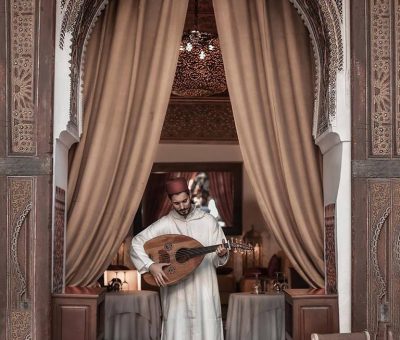 More detail
Ultimate Things to Do 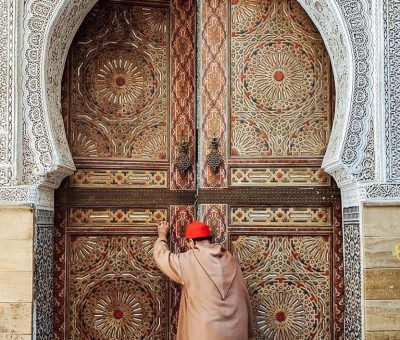 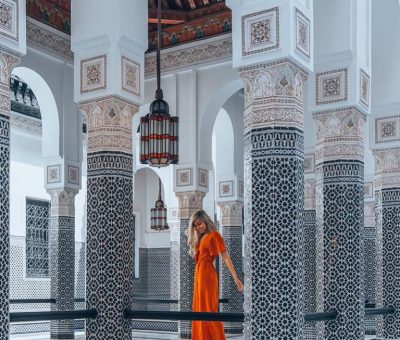 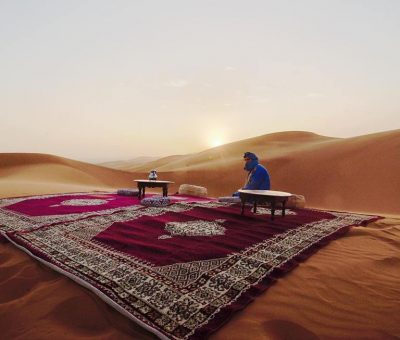 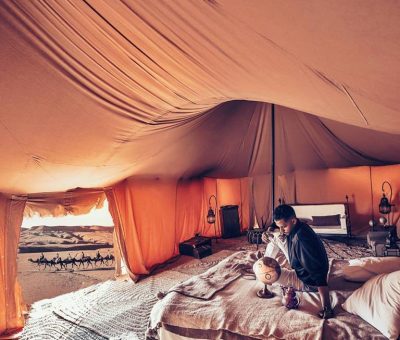 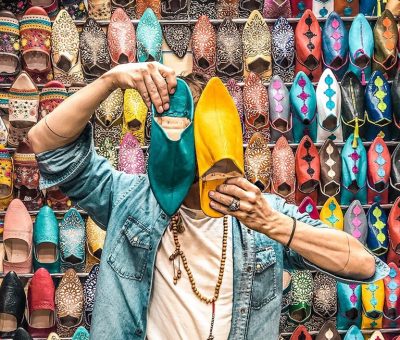 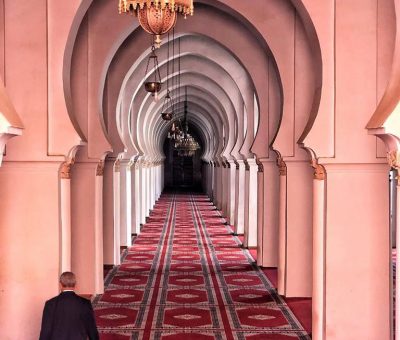 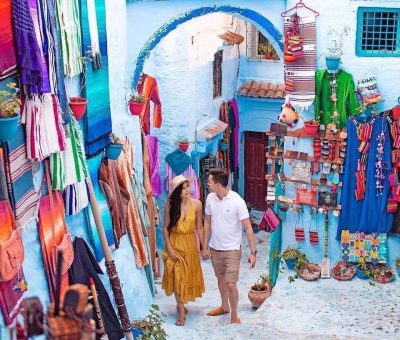